SOUTHBURY – Todd Michael Leblanc, 56, the loving husband of Sasha Fowler-LeBlanc, passed away unexpectedly on June 26, 2022, after almost 10 years of marriage.

Born on Dec. 30, 1965 in Attleboro, Mass., to the late David and Mary (McMahon) Leblanc, Todd graduated from Naugatuck High School in 1983. Following his passion for cars, he continued his studies at Porter and Chester, later becoming a master mechanic and technician.

Todd (Crash) started his career as a mechanic and went on to work for Sikorsky Aircraft as an aircraft assembler, Inline Plastics as an electro-mechanical technician A, and Avalence as chief R&D technician. During his time at Sikorsky, he was invited onto the Presidential VH-60 program to build and complete the fleet of nine helicopters still in use today.

In 2014, Todd and Sasha decided to start their own business, Fowlers USA LLC, distributing motorcycle apparel and accessories. His driving passion was music and he was a regular supporter of his friends at their shows.

Todd was a talented guitarist, forming the band Mixed Emotions in 1993 with his best friend and brother of 35 years, Steve, whom he met while working at Sikorsky. More recently he enjoyed performing with his friends in their bands, or giving friends and family their own private concerts while hanging out on the deck and the basement music room. 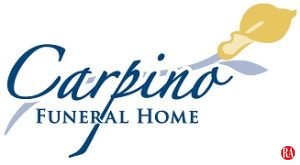 He enjoyed riding motorcycles and in early life earned his nickname ‘Crash’ while riding dirt bikes with his brother and their friends in Beacon Falls.

Latterly, Todd took up woodworking with projects such as designing and building guitars, as well as crafting furniture for the house.

Friends and family are invited to a visitation today from noon until 2 p.m. at Carpino Funeral Home, 750 Main St. South, in Southbury.

To leave a message of remembrance, please visit CarpinoCares.com.

The Biker Fashion Trend Of Fall 2022 Breaths New Life Into