We are living in an era where cars are no longer a luxury, but a necessity. Right from the hatchbacks to the sedans and the SUVs, cars have become an important part of the commute system, with families and individuals relying heavily on them, to aid transportation and conveyance. However, with the rising costs of materials, the increasing fuel prices,

As a luxury brand, Cadillac doesn’t have the same racing pedigree as other manufacturers that spent a considerable amount of their time at the track during the latter half of the 20th century. But the American brand hasn’t ignored motorsports in the subsequent millennia and deserves some real credit for fielding — and winning with — models like the CTS-V.R

Why do we change our boat engine oil? A seemingly innocuous question I was asked a few months ago. Because we do? Because it’s dirty? Because the handbook says so? It got me thinking and to do some research because it’s not 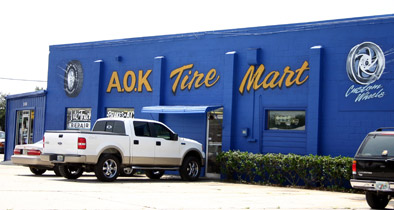 Summer is the season for beaches, barbecues and breakdowns. Even though summer usually means fun, the hotter months have a way of wreaking havoc on your vehicle.

Extreme weather can cause potholes and damage tires, while residue left over from the cooler weather corrodes the components that make your vehicle work. In addition to regular road traffic, it’s no surprise

In 1978, Toyota unveiled the first-ever Toyota Supra. Sold as the Celica XX, the Toyota Supra is quite popular for its speed, decent throttle response, and more. Before the Supra became as famous as it is today, and long before joining the fast and furious franchise to become an iconic Hollywood racecar in the early 2000s, it sold alongside the

Last summer I bought a 2002 BMW M3 with an incredible 284,000 miles on the clock. My goal was to get the car in good shape and use it as a daily driver for the foreseeable future. While the body was in fine condition, it needed a bunch of work underneath. I’ve replaced the suspension uprights, tires, tie-rods

I remember the shock, the screams, the pitchforks. It was 2007 and BMW just unveiled its first twin-turbocharged car ever, the N54-powered 335i. Local villages were being barbecued while BMW fans screamed about turbo lag and the impurity of having exhaust-driven turbines. These days, that same car and engine is coveted for its strength and power potential in a world

One of the most established and well-known F-150 models, the Raptor underwent a considerable redesign alongside the rest of the truck lineup. Ford finally unveiled the new 2023 F-150 Raptor R. It is being hailed as the quickest, most potent, and most intense high-performance off-road desert Raptor in history!

No one can dispute the F-150 Raptor’s twin-turbo V6’s capabilities. But