Toyota’s new DCC system is a very sophisticated cruise control system which uses sensors to calculate reasonable distances of braking so that you won’t have to cancel your cruise control every time you need to slow down from your initial set speed. This is not a new system and has been implemented first on high end cars in the early 2010’s. However, as the technology got better and cheaper, companies like Toyota started to use them on regular everyday cars like the 2022 Toyota RAV4 Hybrid.

According to the owner’s manual for the 2022 Toyota RAV4 Hybrid, on page 248, the manual states, “In vehicle-to-vehicle distance control mode, the vehicle automatically accelerates, decelerates and stops to match the speed changes of the preceding vehicle even if the accelerator pedal is not depressed. In constant speed control mode, the vehicle runs at a fixed speed.” Now also according to the manual and Toyota, you should not use VVDC mode for normal non-highway driving.

They say this because if you are not a good driver, then your reaction times would not be adequate to counter brake or accelerate over low visibility turns. On my commute to work, I always use regular cruise control since my car does not have dynamic cruise control. Because of this, I sometimes have to brake and accelerate past my set speed which cancels the cruise control all together.

However, a recent Facebook group posting suggests that using DCC can actually help save gas just like it does on commercial semi-trucks. If you drive a semi, you know that when cruising on a highway, it is more efficient to use cruise control than have your foot on the gas. This way, the truck’s computer can tell how much as is needed instead of your foot. This results in the best maximum outcome for fuel efficiency. 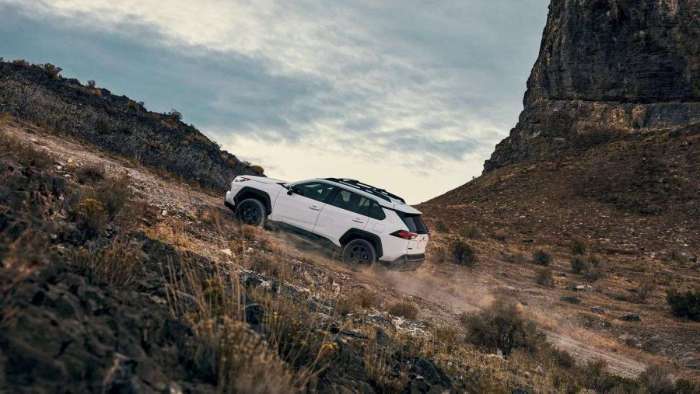 On Facebook’s Toyota RAV4 Hybrid group, Cheryl Segal asked, “I’m used to using constant speed cruise control in my 2011 Prius on local roads as well as higher-speed roads — is there any reason I can’t use at least constant speed on local roads?” Now even though we don’t recommend going against the owner’s manual, we strongly suggest you try this on a road where it’s not too bendy and where you can easily see at least 500 feet in front of you. DCC should not be used for city driving or twisty country roads where the visibility is not good. Especially at nighttime. Let’s take a look at what other owners said.

Simon Manly said, “Use it on every road never a problem just needs practice of when to cancel before the brakes slam on when you see the gap, but the car doesn’t. I also drive my 44ton semi like this as encouraged by employers to promote fuel efficiency.” With that being said, this could indeed help increase your average mpg. It won’t be a big number, but you’ll definitely feel it at the pump next time you go. The science behind this is very interesting. The computer knows how much gas to send to the engine at say 40mph. You may think that you know because you have stepped on the gas however you are sending more than it needs which off-balances the gas equation the car uses. The computer does not therefor if you use DCC on regular driving, it will help your car calculate the best gas usage per mph. Therefore, making it more efficient.

What do you think? Do you use DCC on non-highway roads? Let us know in the comments below.

Harutiun Hareyan is reporting Toyota news at Torque News. His automotive interests and vast experience test-riding new cars give his stories a sense of authenticity and unique insights. Follow Harutiun on Twitter at @HareyanHarutiun for daily Toyota news.

Why You Should Choose RAV4 Prime Over RAV4 Hybrid